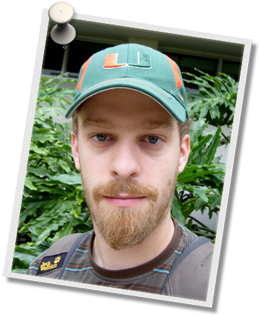 Welcome to my personal web space which I hope provides some insights with regard to my current activities and research interests.

Since January 2008, I work as a research assistant in the Artificial Intelligence working group supervised by Prof. Otthein Herzog in the Computer Science/Mathematics department of the University of Bremen.

I am associated with the Intelligent Systems sub-group at the Center for Computing and Communication Technologies (TZI) and the Collaborative Research Centre 637 Autonomous Logistic Processes - A Paradigm-Shift and its Limitations and its B4 subproject. There, I am concerned with distributed knowledge management for autonomous agents in dynamic logistic environments.

Between 03/2004 and 06/2007 I have been working as a student researcher in the RoboCup Transfer project at the Intelligent Systems department of the Center for Computing and Communication Technologies (TZI).

RoboCup Transfer was dedicated to a transfer of knowledge and technology from multi-agent research into the local economy. To that end, I was involved in the development and implementation of the Virtual Werder 3D soccer simulation league team, both in the original league format with unarticulated sphere agents and in the present humanoid simulation format. 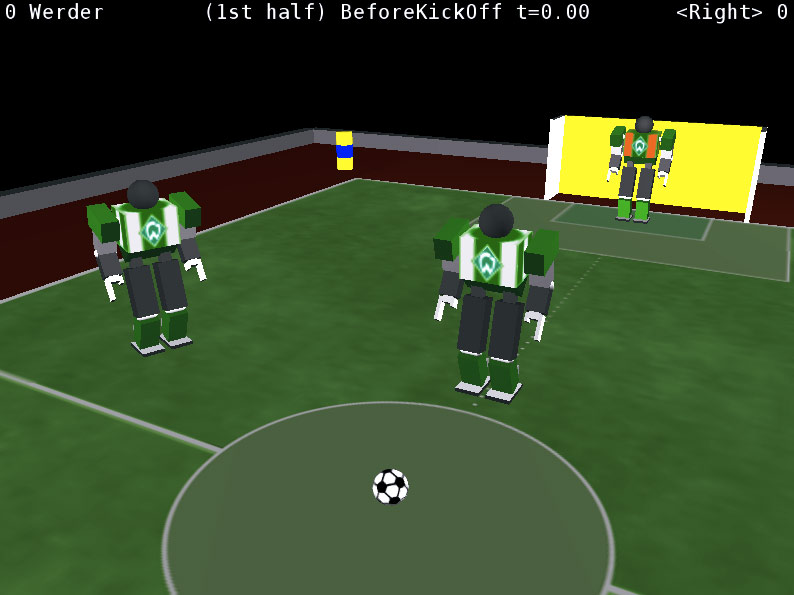 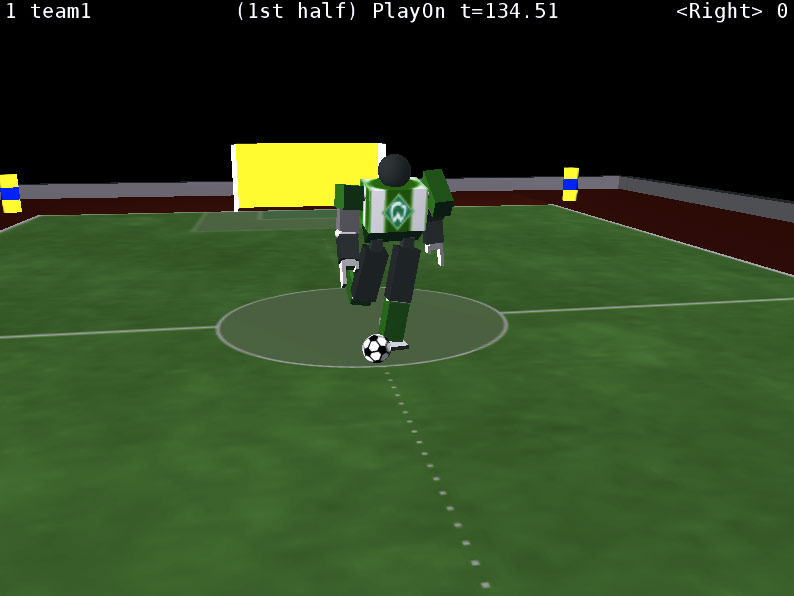 My contributions to the Virtual Werder 3D team were in the areas of object-oriented analysis and design (OOAD) of the MAS framework, knowledge representation/processing and skill/behavior development. 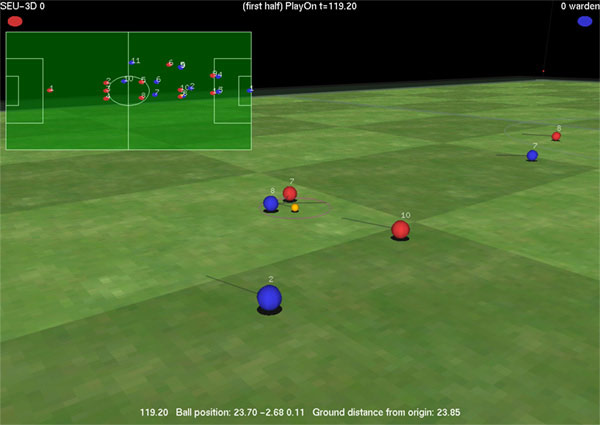 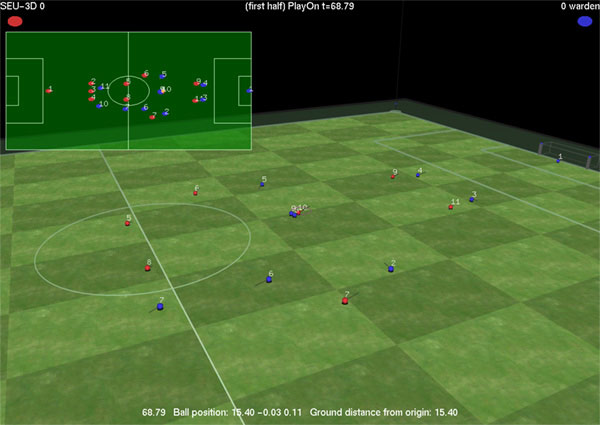 Influenced by my RoboCup involvement, my diploma thesis was concerned with the Spatio-Temporal Analysis of Dynamic Scenes in the RoboCup 3D Soccer Simulation League (details).

You may download my full curriculum vitae either in English or German.